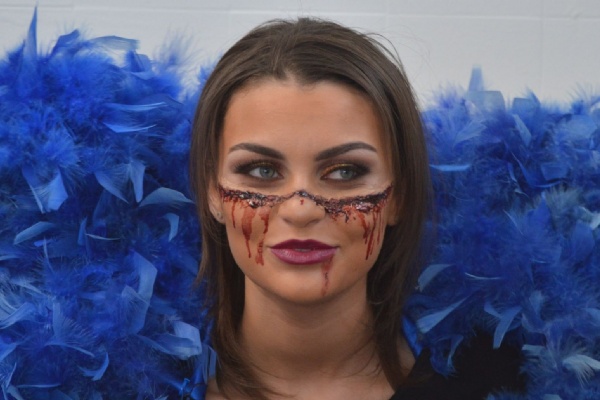 The Hair and Beauty department's annual show, 'Ages', was a success on the night of Monday 8th May.

Students gave it their all with the support of their friends and family in the audience.

The show ran in order, starting from Level 1 up to Level 3 students, allowing those of all abilities to showcase their work, and the skills that they have learned throughout the year.

During the interval, the raffle prizes were given away, and the footballers' signed t-shirts were additionally auctioned off.

A grand total of £543.00 was raised for the Hair & Beauty department's chosen charity: Hearts4More foundation, who's founder kick-started the show with a brief presentation on the charity, and its purpose.

Both the performers and the audience had lots of fun either performing or watching, helping to raise money for a good cause.

Click here to view some images taken from the show and from behind the scenes.