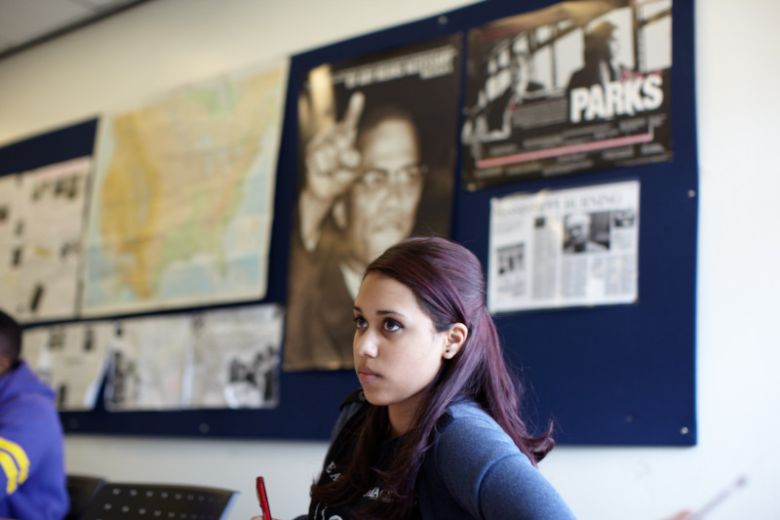 Studying A-Level History will provide you with the opportunity to learn about how the world, society, politics, values and attitudes have been shaped by the past.

In exploring the significance of global developments from the 18th Century onwards, you will gain a deeper understanding of how these have not only shaped Europe, but the wider world. In doing this you will also develop your skills of communication, argumentation and critical reasoning, all of which are important transferable skills for a wide range of degree courses and professional occupations. History is highly valued by universitites as a facilitating subject that acts as a good indicator of academic ability. You will also have the opportunity to take part in a variety of extracurricular activities, including our annual trip to Berlin, the Lessons from Auschwitz Project and collaborative projects with other European schools, along with trips and visits in the Greater London area.

Students who wish to pursue these fields at university should consider studying A-Level History as the subject acts as a good measure of academic ability and is highly valued by universities (the Russell Group universities class it as a facilitating subject).

Paper 1: Germany and West Germany, 1918–89
This module comprises a breadth study of German history from the end of WWI to reunification. You will learn about key political changes experienced across this period, and the impact of these changes on German economic, social and cultural developments.

Paper 2: The Rise and Fall of Fascism in Italy, c. 1911-46
This module comprises a depth study of the turbulent years in Italy that saw the collapse of the liberal
aftermath of the Second World War. You will focus in particular on the profound political, economic and social changes experienced by the Italian people in this period.

Paper 3: Britain: Losing and Gaining an Empire, 1763–1914
This module explores the development of the British Empire and the part played in this by both trade and the Royal Navy. Looking at social, economic and political issues, you will study a series of developments that transformed Britain's standing in the world so that by the end of the period it had the largest empire the world has known.

Coursework: Historiography of the Holocaust
The coursework task examines and evaluates differing historians' interprerevisits twentieth-century German history with a particular focus on
the nature of the Nazi state and the extent to which the regime was genuinely popular.

Exams
There are three exams at the end of Year Two along with the submission of a piece of 4000-word coursework.

5 GCSEs grades 9-5, including English Language. History GCSE is desirable (though not essential).

History is seen as a desirable qualification for many popular careers including lawyer, the civil service, politician, journalist, teacher/lecturer, archivist, anthropologist, archaeologist, publisher, curator—any profession that requires deductive reasoning skills and the capacity for organising and evaluating information. More broadly, any roles in research, marketing, the media, banking and administration are also viable offers.